Why Patek Philippe Will Always Reign as Watch King of Bling

Patek Philippe resale value trumps that of all other makers

Ask any watch expert, dealer or collector from anywhere in the world and the answer will always be the same….Patek Philppe.

The question, “What is the finest watch brand in the world?”

Patek Philippe is the best of the best.  The quality of the components and workmanship are at the highest levels achievable by man.  What makes this company the undisputed champ of the fine timepiece race?  We explore the history of the legendary brand and get a glimpse of what is to come for the next 180 years.

Patek Philippe SA is a Swiss luxury watch and clock manufacturer founded in 1839, located in Canton of Geneva and the Vallée de Joux. Since 1932, it has been owned by the Stern family in Switzerland. Patek Philippe is one of the oldest watch manufacturers in the world with an uninterrupted watchmaking history since its founding. It designs and manufactures timepieces as well as movements, including some of the most complicated mechanical watches ever made.

The company maintains over 400 retail locations globally and over a dozen distribution centers across Asia, Europe, North America and Oceania. In 2001, it opened the Patek Philippe Museum in Geneva.

BLING takes to you back to the beginning as we tell the story of the finest watchmaking company in the world.  A combination of engineering brilliance with the pursuit of the most premium components and workmanship known to man.

Eventually they separated due to disagreements and the company was liquidated on April 18, 1845.

On May 1, 1845, Czapek founded Czapek & Cie with a new partner, Juliusz Gruzewski.  On the other hand, Patek was soon joined by French watchmaker Adrien Philippe, the inventor of the keyless winding mechanism, and continued the watchmaking business with a new company, Patek & Cie, beginning May 15, 1845. 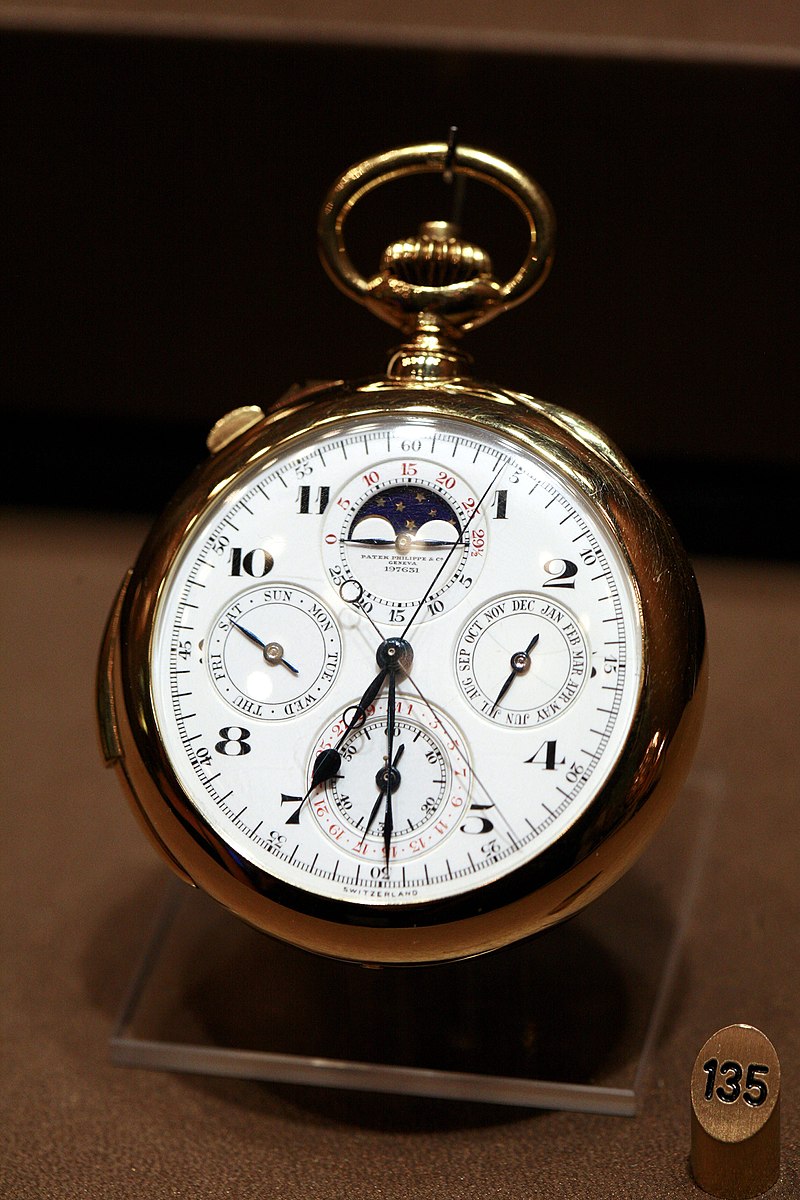 On January 1, 1851, the company’s name was officially changed to Patek, Philippe & Cie. In the same year, Queen Victoria of Britain acquired a keyless pendant watch at the Great Exhibition in London. The watch was embellished with rose-cut diamonds set in the pattern of a bouquet of flowers.

The Queen had another exclusive Patek Philippe timepiece, to be worn pinned to clothing. This watch was suspended from a diamond and enamel brooch. In 1868, Patek Philippe created the first Swiss wristwatch for Countess Koscowicz of Hungary.
In March 1877, Antoni Patek passed away at the age of 65, but his only son, Léon Mecyslas Vincent, did not join the business. As a result, Joseph Antoine Bénassy-Philippe, one of Adrien Philippe’s sons-in-law, succeeded Antoni Patek’s position.

In 1887, Calatrava Cross became the registered company logo of Patek Philippe. In 1891, the 76-year-old Adrien Philippe handed over his position in the business to his youngest son Joseph Emile Philippe, together with Francois Antoine Conty. Adrien Philippe died in January 1894.

1901 saw the transformation of Patek Philippe into a joint-stock company, Ancienne Manufacture d’horlogerie Patek, Philippe & Cie, Société Anonyme, initiated by J. A. Bénassy-Philippe and Joseph E. Philippe Still being run a family business, Patek Philippe then had seven shareholders, five of whom formed the board of directors with J. A. Bénassy-Philippe being the chairman. Joseph E. Philippe’s son later joined the company, and he was the last offspring of the founders in the business. In 1915, Albert Einstein ordered a gold pocket watch from Patek Philippe; in that year, he completed his Theory of General Relativity.

Patek Philippe has been owned by the Swiss Stern family since 1932, when Charles Stern and Jean Stern acquired the company during the Great Depression. The Stern brothers’ company, Fabrique de Cadrans Sterns Frères, had been a business partner of Patek Philippe as its supplier of watch dials. In 1935, Patek Philippe was brought to American markets by New York-based Henri Stern Watch Agency, where it was sold as a sister brand alongside Universal Genève.
In 1958, Henri Stern, the son of Charles Stern, became the president of Patek Philippe Alan Banbery, who previously designed Universal’s “Compax” movements and worked as a horologist for London’s Garrard & Co, would take on the position of Director of Sales in 1965 and later authored official reference books on vintage Patek Philippe pocket watches and chronographs.In 1993, Philippe Stern, the son of Henry Stern, became the president of the company. He initiated the publication of the twice-a-year Patek Philippe Magazine in 1996, which is reserved for the watch owners and has received contributions from various prominent writers including Nobel Laureates Gao Xingjian and José Saramago. And in 2009, Philippe Stern’s son, Thierry Stern, took over the reins from his father in 2010. In 2010, the company produced 40,000 timepieces and, according to Thierry Stern, it produced 58,000 pieces in 2017. In 2018, the number went up to 62,000, and in order to maintain quality and exclusivity, Patek Philippe would only slowly increase the number of timepieces produced each year (by 1-3 percent per year) but with a ceiling.

Currently, the company is an active member of the Federation of the Swiss Watch Industry FH. 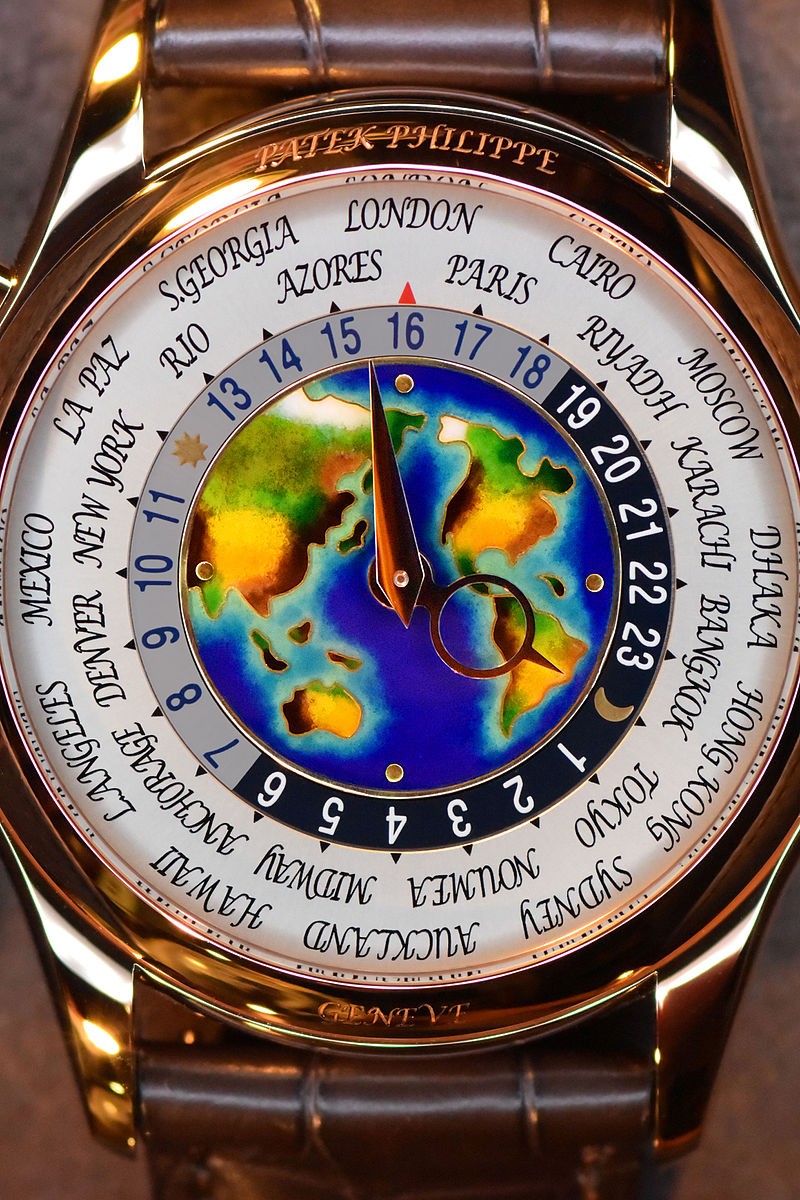 A small part of the demand for auction pieces is driven by Patek Philippe themselves, as they are purchasing in the auction market to add to the collection of the Patek Philippe Museum in Geneva.

On November 12, 2016, a Patek Philippe Ref. 1518 in steel took the title as the most expensive wristwatch ever sold at auction (until October 2017). Sold through Phillips’ Geneva auction house, the watch fetched a final price of US$11.14 million (CHF 11,002,000).[88] This was the first time that a steel-case Ref. 1518 (only four were made in steel) went for auction; in fact, this piece was the first of the four steel Ref.1518 manufactured, which features a chronograph and perpetual calendar.

On November 11, 2014, the Henry Graves Super complication was sold at Sotheby’s Geneva Auction for a record-breaking US$23.98 million (CHF 23,237,000), becoming the most expensive watch ever sold at auction and held the title until November 9, 2019. The Super complication was made in 1933 for the prominent banker Henry Graves Jr.. The ultra-complicated pocket watch (having 24 complications) was the result of Graves’ friendly horological competition with James Ward Packard. After Graves’ death, the watch was held by his daughter, and then by his grandson until 1969, when it was sold to Seth G. Atwood who kept the watch in his renowned “Time Museum” in Rockford, Illinois until 1999. The watch was auctioned for the first time at Sotheby’s in December 1999 for a record-breaking US$11 million to Sheikh Saud Bin Mohammed Bin Ali Al-Thani of the Qatari royal family.

In November 2019, a one-of-a-kind Patek Philippe watch  Grandmaster Chime sold for $31 million at a charity auction in Geneva, making it the most expensive wristwatch ever auctioned!

Pateks are wrist bling on some of the most famous celebs and musicians in the world.

The company is looking to expand demand among women looking for the ultimate luxury experience and the new ads are right on target.

The future looks very bright for Patek Philippe and the fortunate few who will ever own one!