In the city of Dubai, in the United Arab Emirates, lives one of the most creative artists and visionary designers the watch world has ever seen.  Take one look at his Time Machine creations and you will only begin to understand why!

“The most important day for me, is going to be my last one, where I look back on my life and say, I’m proud of myself…or not!”Maximilian Büsser 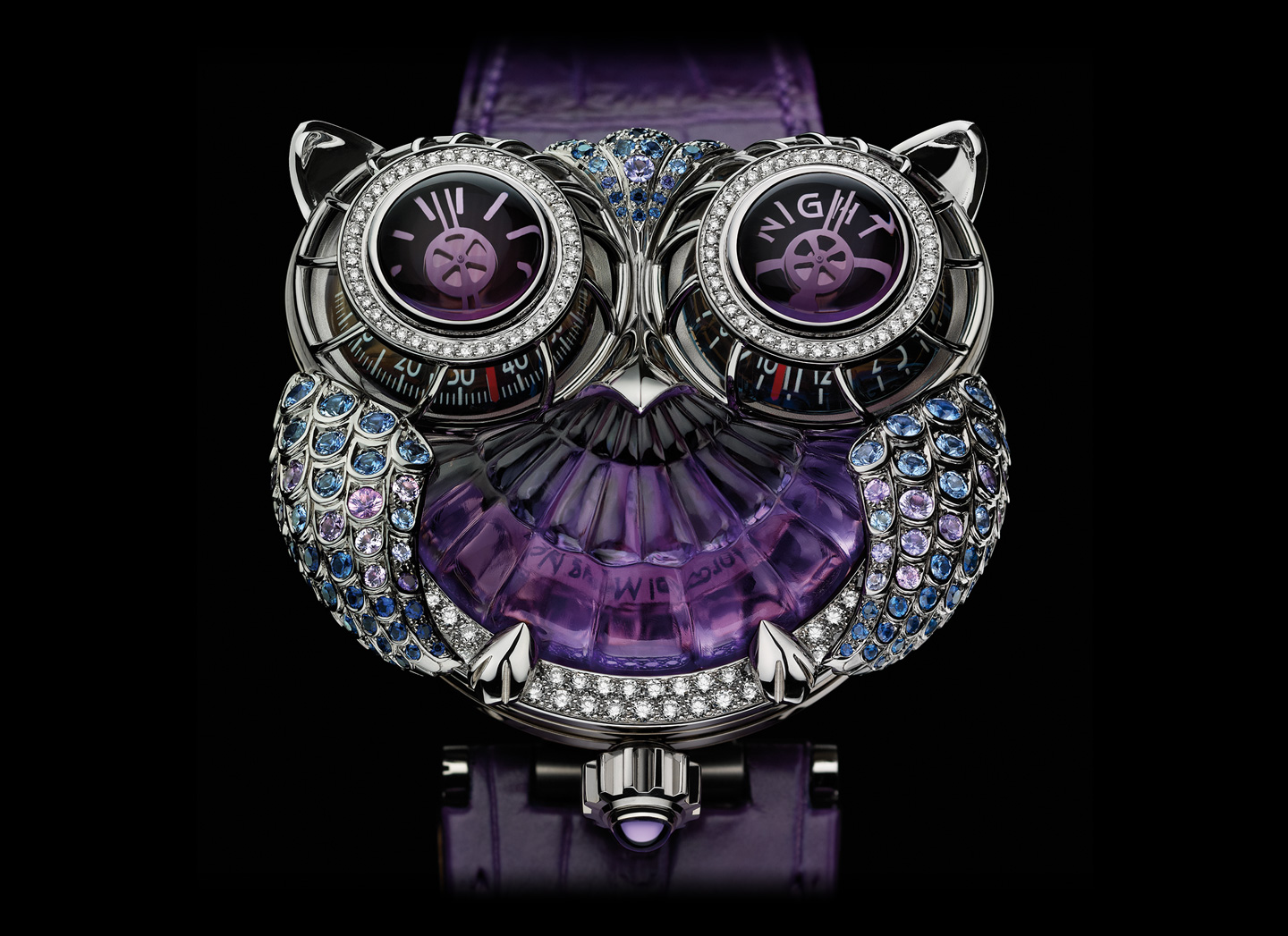 Maximilian Büsser began his career 30 years ago at Jaeger LeCoultre as a marketing and sales manager, after graduating with a Master’s degree in Micro-Technology Engineering in beautiful Lausanne, Lake Geneva in Switzerland.

He immediately fell in love with high-end timepieces.  As his experience developed at Jaeger LeCoultre, his brilliant understanding of the inner workings of the watches intrigued him even further, having developed his mind to understand complex Micro-Technology inner workings.

For seven years Maximilian worked as senior management during an exciting and successful growth period for Jaeger LeCoultre on the global stage.

In 1998 Büsser left to join Harry Winston as it’s CEO of Harry Winston Timepieces.  During the next seven years he worked with talented independent watchmakers on the Opus series concept, pushing the limits of watchmaking to a higher level, and it gave Maximilian great satisfaction.

He would ultimately help transform the company with a well know diamond brand into a serious watch brand.

But in 2005, Maximilian Büsser’s passion took him on a different path.  He yearned to create his own company, and push the limits of horology into a new and higher dimension.  Through tremendous pain and hard work, Max made his dreams come true, accomplishing the nearly impossible feat of launching his own watch brand.

He created MB&F, short for Maximilian Büsser & Friends, developing a culture of teamwork and a unique appreciation for the people who create, develop, produce, service and market each and every item.   Maximilian calls it an Horological Lab.

The bold, artistic and futuristic designs are like no other on earth…combined with the engineering brilliance and meticulous mechanical design needed to actually pull it off.  The results are truly incredible!

With an annual production of only 200 watches per year, Büsser has a long and important VIP list of customers in line waiting for his latest artistic masterpiece.

MB&F, Maximilian Büsser & Friends, is openly transparent regarding their partners and collaborators. Each horological adventure is a close collaboration with a team of highly talented professionals − Friends − with the specific skills needed for each project.

The Friends’ skills include product design, case and movement manufacture, finishing, logistics, photography and communication, to name but a few.

Another very unique concept associated with MB&F is they call their customers a “The Tribe”.  If you own an MB&F Machine, you are more than a Friend. You are part of The Tribe.

Maximilian and his team have been able to grow the business on a global level, with the finest retailers in the world featuring his timepieces in the USA, Europe, Middle East and Asia.

Recently Maximilian Büsser was featured on a CEO Confidential podcast that is a must-see for anyone in the Luxury Space.  Among other things, he shares his brilliant analysis of how technology has an enormous impact on how we consume information on Luxury items such as watches, jewelry and handbags.

The Podcase is by Pierangelo Soldavini and Frank Pagano, February 12, 2021

Maximilian Büsser: The CEO’s priorities are employees, consumers and an exceptional product

Maximilian Büsser makes our Bling list of the 1,000 most influential people in the industry.  He is a dynamic leader, a brilliant student, and master of the art of watchmaking…a renaissance man with a success story, who’s great love and passion for design and engineering will live forever in history. For Maximilian Büsser, the best is yet to come!