On the East Coast of the US, in a small town called Stone Harbor, New Jersey, lives a man who has made a giant impact on the business, and has one of the most influential media minds the Jewelry Industry has ever known. 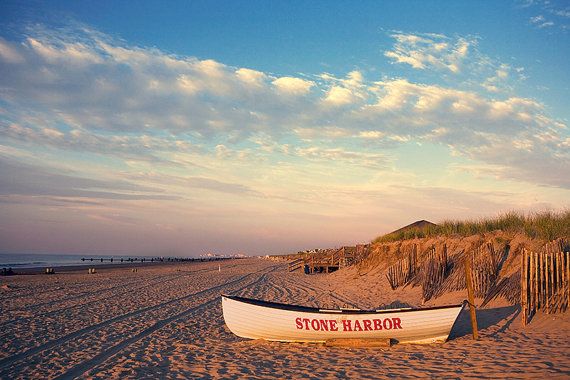 He is an accomplished publisher and an articulate writer, with the unique combination of having decades of hands-on jewelry manufacturing, management and marketing experience!

Give him charm, charisma, Chutzpah, a generous helping of mentoring others and sharing his knowledge…and the result is a man who has led, inspired, and taught an entire generation of jewelers and entrepreneurs, from all over the world,  how to reach higher and to be better!  That man is Frank Dallahan!

Frank Dallahan has seen it all and done it all…45 years of experience, and still counting, in the business of Bling!  And just like Sinatra…Frank did it his way!

He let his passion guide him forward, working in and soaking up the industry from all directions and perspectives, gaining knowledge, experience and making many great friends over a bottle of wine along the way!

Frank began his career in the jewelry industry way back in 1974, starting as Vice President of sales and marketing for ArtCarved Engagement and Wedding Rings.  He was transferred from Lenox China & Crystal, where he was working, to the newly acquired jewelry division.

Three years later, Frank left ArtCarved to join Kurt Gutmann Jewelry as President.  It was there that Frank was exposed to spectacular works of designer jewelry art, handmade in Germany and Italy.

In the late 70’s Frank joined Krementz & Co. to lead the bridal jewelry division.  Krementz had been making premium quality jewelry that was sought after by collectors worldwide, further forging Frank’s experience with the finest jewelry manufacturers in the world.

The only thing that remained constant with Frank Dallahan was change!

A few years later, Krementz & Co. was sold to Frederick Goldman, so Frank searched for a new challenge, which led him to a breif stint at DIAMONIQUE by QVC!  It was there that Frank again learned a whole new aspect of the industry with CZ and faux and explosive sales!  Unfortunately, 2 years into the project, Frank boss was terminated, causing QVC to fire his entire team, including Frank. 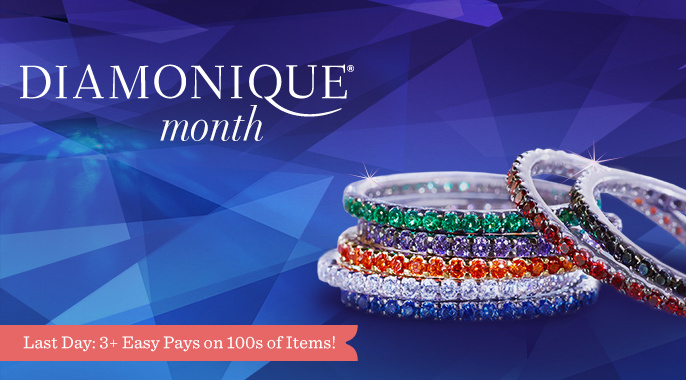 Again, Frank found himself open to new ideas and companies.  Frank reached out to his contacts in the industry, to find a better direction, with a higher purpose.

Frank held a membership on the JCK show advisory board and met with Rick Bay and George Holmes at an advisory board dinner in New York. Frank was invited to JCK headquarters and accepted the job offer to become executive director of trade relations, reporting to Rick Bay, the publisher of JCK magazine.

Frank become associate publisher and finally publisher, and held those positions from 1997 to 2004.

JCK Magazine and the show in Las Vegas gave jewelry manufacturers and companies the best way to reach retailers period.  JCK had a great sales and marketing team, bringing in big marketing campaigns in the hundreds of thousands of dollars.

Even Liz Taylor and Kathy Ireland launched their Jewelry Brands at JCK, and the company took out full page ads for both brands in the magazine.

Frank was at the top of his game!  But there were changes coming.

When JCK decided to move their offices from King of Prussia to New York City, Frank decided the commute was too much for him…cutting into his valuable time with his wife, Kathleen.  He had been there, and done that…16 years commuting to the city his younger years.  He made the difficult decision to resign, and looked onward and upwards.

A few months later, Frank was offered the position of president and CEO of MJSA, where he spent a couple of years reorganizing the business.

Then an opportunity opened up that was exciting to Frank.  He and his wife moved to Las Vegas for Frank’s new job as president and CEO of AGS Laboratories.   Wow what an experience! 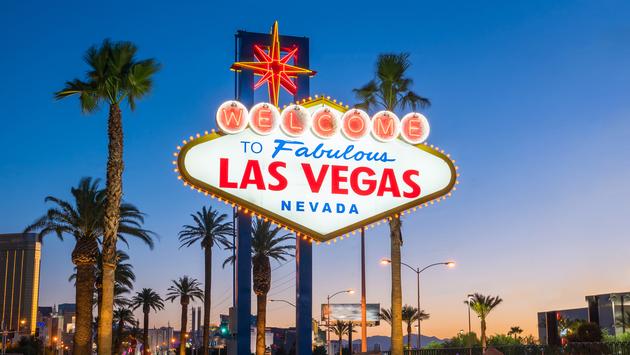 Unfortunately, the financial crisis of 2008 brought the lab’s business to a low point, and the board asked Frank to resign.  Feeling like they had just got off a roller coaster ride, Frank and his wife returned from Las Vegas to Stone Harbor, NJ.

Frank followed his ultimate passion, publishing, and three months later in 2009, Frank was offered the opportunity to join The Retail Jeweler as a partner, where he has served as Co-Publisher since! 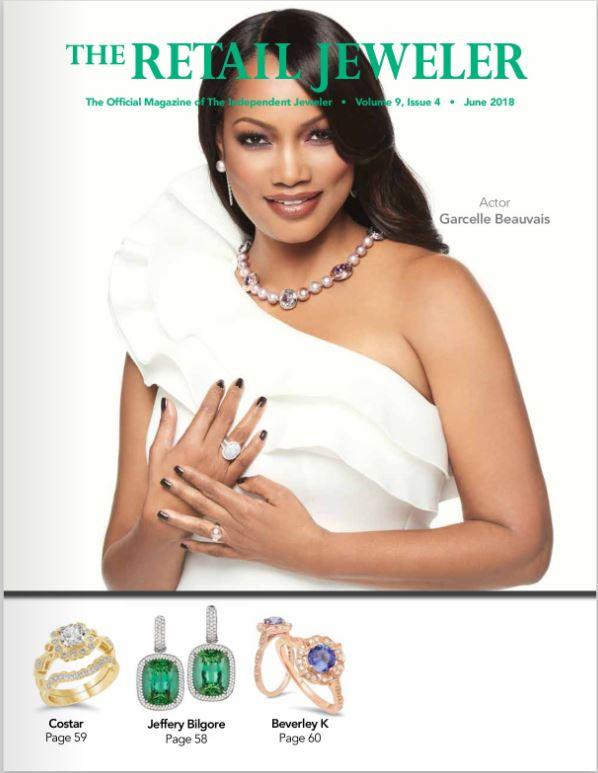 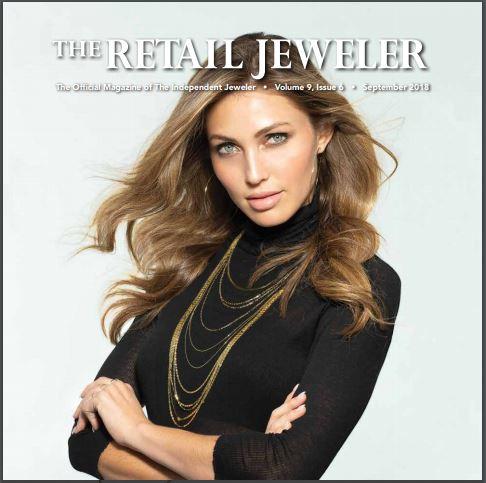 Adding to his long list of accomplishments, on June 11, 2019, Frank Dallahan threw his hat into the ring of politics, when he was sworn in on the Stone Harbor Borough City Council!  Frank fuels his passion in leading by example!

Throughout his time as publisher of JCK, Frank wrote a column for every issue entitled “Counterpoint.”  Here is an except from a May, 2001 article, where Frank takes charge, writing about and helping mobilize a delegation to Washington to combat the South American Jewelry Theft Rings that Terrorized the Industry in 2000.

During the past few months, we citizens have seen the best and the worst of the democratic process. In the presidential campaign, candidates courting voters have staked out extreme and divisive positions. By contrast, the jewelry industry is involved in a situation in which unity is mandatory to address a major issue affecting every segment of the business. It is the attack of organized crime against retailers, manufacturers, and wholesalers. It is an attack on the lives and livelihoods of everyone.

The jewelry industry is fortunate to have volunteer leaders able to take on this challenge. Bob Bridge of Ben Bridge Jewelers, Dave Downey of Downey Designs International, and John Kennedy of the Jewelers’ Security Alliance all deserve praise for leading an effort to counter a serious and growing problem: crime. These three have organized a coalition of retailers, manufacturers, and associations to mobilize for war against South American gangs that prey on retailers and their suppliers. Last year more than $70 million worth of goods (at wholesale value) was stolen. The average jewelry loss is in the hundreds of thousands of dollars. By comparison, the average bank robbery nets somewhere between $4,000 and $7,500.

In March, Bridge, Downey, and Kennedy led a group of 25 members of the industry on a trip to Washington, D.C., to lobby our senators and representatives. I was pleased to be invited on this lobbying mission. The delegation, along with members of a law firm hired to help the jewelry industry lobby more effectively, broke up into smaller groups, and each group met with five or six members of Congress or their staffers to tell their personal stories.

Those stories had a common theme. The attacks and robberies were carried out by well-organized groups of thieves who station themselves near jewelry stores, trunk shows, or trade shows, watching for a vulnerable target. JSA, through its advisories, has done a terrific job educating the industry in the tactics the thieves use. But these South American gangs work quickly and efficiently and pose a threat beyond the resources of local law enforcement.

On our Washington visit, legislators and staffers listened to us thoughtfully and asked intelligent questions about the robberies. In some cases, the Capitol Hill staffers were well-versed in the issue. Others were unaware of the problem and reacted with shock and surprise. We asked for additional funding for the FBI to attack the leaders of these gangs. We want the same kind of effort that put John Gotti and other Mafia leaders away.

The lobbying delegation came away with positive feelings. Contrary to the negative image lobbying has among the public, I found the experience extraordinarily useful. Perhaps I’m na?, but the expressions of concern and interest among senators, representatives, and their staffs struck me as serious and genuine.

Our elected representatives respond to their constituencies. Please take a few moments and write your senators and representatives to ask for their help in addressing jewelry crime. Lives have been lost, and more will be unless we do something, because the level of violence is increasing. See page 296 in this issue for a pre-written letter that needs only your signature. You also can find the letter on our Web site at www.jckgroup.com along with links to every member of Congress. It’s easy to make your voice heard. Please take the time to do it. And thank you!

Frank Dallahan makes our Bling list of the 1,000 most influential people in the industry.  His publishing legacy will live on, and his impact on the industry is everlasting.  A man with a love for learning and the skills to express his knowledge to an industry that is sometimes resistant to change.  Frank has worked the business from the ground up, through highs and lows, successes and hardships, wins and losses… always earning the respect and admiration of his giant, loving, jewelry family worldwide!