No Result
View All Result
Home Most Influential List

Bill Boyajian - 1,000 most influential people in the industry

In sunny Southern California, in Carlsbad by the Ocean, sits one of the most inspirational leaders the diamond and jewelry world has ever seen.

His efforts have impacted thousands in the diamond and jewelry business, his leadership has shaped the industry forever…that man is Bill Boyajian.

Bill Boyajian’s journey into the world of gems began in 1975 in Santa Monica, California, when Bill arrived at GIA, the Gemological Institute of America…a school specializing in the study of gems.  GIA was the place that many sons and daughters of jewelers and diamantaires attended to become Gemologists.   Students from around the world were attracted to beautiful Santa Monica Beach nearby, and flew in from all over the US, Asia, Europe & the Middle East to study Diamonds and Gemstones at the Santa Monica Campus.

GIA offered an exceptional degree that was sought after in the industry, called a Graduate Gemologist Degree.

It was there, at GIA, that the deep education of Gemstones began to attract Bill…especially Diamonds.

Back in the 1970’s most diamonds were sold without a certificate.  There was zero regulation on where the diamonds were sourced, if they were treated or not, no trace or way to identify if they were stolen.   The diamond business was very secretive and controlled, live delivery goods were distributed hand-to-hand, and many times, included shady business people.

Diamond Prices were all over the place, so Rapaport Diamonds Group founder, Martin Rapaport, had a brilliant idea, and created the first Rapaport Price List in 1978 to help control and regulate loose diamond prices, based on their trading prices at the diamond center in New York.

Now this was a game changer.  Until now, diamonds were sold in parcels based on weight and quality, but the detailed color and clarity was argued over.  The industry needed a standard by which every diamond was graded against.  That standard was about to become Bill Boyajian‘s calling.

At GIA, Bill Boyajian learned the ropes from the ground up.  He was so passionate and energetic, having a vision to take GIA Global.  Bill’s hard work, teaching and leadership skills propelled the Institute forward, and within 10 years, at the age of only 34, he received the honor of being elected President of GIA!

As the diamond industry evolved in the 80’s, DE BEERS had pumped $Millions into Diamond Marketing Campaigns, some of the most recognized campaigns the world has ever seen.  Diamond prices shot up and world took serious notice.

At the same time, GIA was positioning itself as the #1 Gem Laboratory in the World.  Bill saw a tremendous need for honesty and transparency in the business, and was passionate for GIA to set the standard, worldwide, in diamond grading and education, period.

Throughout his 20 years as President of GIA, Bill’s monumental achievements, on many levels, have impacted millions of people around the globe.  When the U.S. Congress needed an expert to testify on the controversial conflict Blood Diamond issue, they called on Bill Boyajian!

By the 1980’s GIA had outgrown their Santa Monica campus and had sights on a bold and visionary move.  A move that would take them to Carlsbad, California.

So in 1988, GIA sold the 53,000 square-foot Santa Monica Headquarters for $8.8 Million to Santa Monica College

GIA had enough money to purchase a sprawling 17 acres of gorgeous Oceanview property in Carlsbad, but major funds were needed to complete the new headquarters.

Bill reached out to one of the most prominent diamond industry families, the Mouawads.  Fred and Pascal Mouawad had attended GIA and completed degrees in Gemology.  When Boyajian spoke with them about the possibility of the Mouawad family contributing to the new Campus project in Carlsbad, they knew it was a wonderful opportunity to act upon.  The Family made a generous $ Multi-Million gift to GIA, then the boys went to their father Robert ,and said, ‘Congratulations! Now the best school in the world is named after you.”  GIA headquarters was now also the Robert Mouawad Campus.

Mouawad is renown for their collaboration with Victoria’s Secret, and creating the CHAMPAGNE NIGHTS FANTASY BRA – Designed and handcrafted by Mouawad’s master artisans, the bra and matching belt took more than 350 hours of labor to be handset with nearly 6,000 white diamonds, yellow sapphires, and blue topazes totaling over 640 carat, all set in 18-karat yellow gold.  Value: $ 2Million.

Bill Boyajian’s list of awards is a testament of his hard work, dedication and personal relationships he developed around the world.

Also an accomplished author, Bill Boyajian released a book in 2011 titled, Developing the Mind of a Leader.

Today, Bill Boyajian leads and inspires daily, as a consultant and coach for individuals and businesses through his company, Bill Boyajian & Associates.  He has the pleasure of working along side his amazing and accomplished Associate and daughter, Rebecca Boyajian-Pecnik.

Bill’s generously shares his wealth of knowledge in a blog, some segments captured below in a blog called:

PIECES OF ADVICE ON THINGS THAT MATTER – Bill Boyajian

1) Spending time with negative people will make you one.

3) People overuse the word stress to mean something negative. Without a measure of stress, nothing gets done.

4) In business, it doesn’t matter how good an idea is if you can’t monetize it.

5) Spreading yourself too thin means you never have time to take care of the most urgent and important matters.

6) Every job and every career has mundane elements to it, but don’t let the ordinary stop you from achieving the extraordinary.

7) Take the time to celebrate your achievements. Failing to do so keeps you from enjoying the journey, and the result, of getting there.

8) Nothing clears the head more than a walk outside.

9) People who complain about quitting a job seldom have the courage to do it.

10) Some people are overconfident and full of themselves. But most people undersell their abilities and don’t achieve their potential. Avoid being one of them.

11) If you aren’t sure, sleep on it. Things will be clearer in the morning.

Excellent advise from a extraordinary man.

Boyajian’s vision has become a reality as GIA expanded locations from California to New York including worldwide labs in London, Bangkok, Hong Kong, Mumbai, Surat and Taipei, where students from all over the world build successful careers in the jewelry and gem industries.

Some famous diamonds have been inspected and graded at the Gemological Institute of America including a 33.19 carat Elizabeth Taylor Diamond, a cut cornered rectangular step cut, called an Asscher cut.  The diamond was original known as the Krupp diamond until 1968, when Richard Burton surprised Elizabeth Taylor with a ring as a gift.  GIA graded as D color, VS1 clarity (potentially internally flawless), and in 2011, it sold at auction for $ 8.8 million. 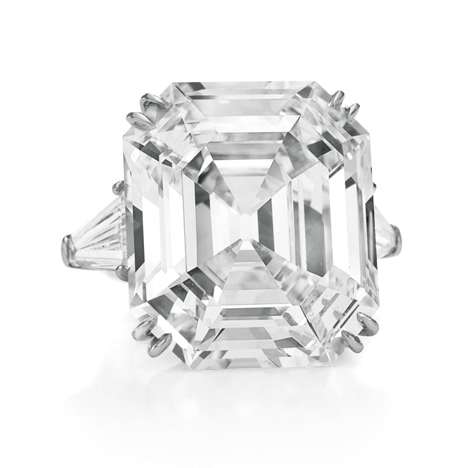 Bill Boyajian makes our Bling list of the 1,000 most influential people in the industry.  A fearless and passionate leader with a big vision, and the great ability to connect with people of all cultures and backgrounds, to shape things for a better tomorrow.  Generous with sharing his wisdom with the world, Bill’s legacy will live on like a Diamond…forever.